One day it was pink ice cream, another day it was grass stains. Please help :. I am looking for a chapter book for children with different stories. Had a hardfront cover pink and I think a castle on the front. The first story was about two little kids who would pretend to see different things. They liked to pretend and make stories up about people that walked by. Looking for a short chapter book that I read in late 80's was about a poor brother and sister, I remember it being a dark story with a cover of girl looking sad under bridge or underpass or something.

Was my favorite book for a very long time. I used to read this book to my boys in the late 80s and would like to know what it is.

Looking for a book that my grandma used to read to me in the early 90's. The only two phrases i can remember from it are: Billy goat billy goat cant but me, because i stand behind a tree! Bossy eats grass and swishes her tail, and drinks her milk from a shiny blue pail! I think it was a hardcover book that was pretty big. Any ideas or help finding the name of this book would be greatly appreciated!!! Do anyone remember an grammar book that had a bunch of kids of various races, but two of the kids were black and there names were Debbie and Van.

I think they were brother and sister. I live in southern Louisiana One important fact for your search: Readers were issued for particular states or regions, so, for instance, a Wisconsin Bobbs Merrill edition might have a different racial mix from a Louisiana one. Good luck, write back if this doesn't help, Suzanne. I'm looking for a book, I'm not sure what it's called or who it's written by, but I remember there was a girl and she was kinda big and she had a pet anteater and she had a friend who used to wear a baseball uniform.

The drawing style was odd and I believe it was pastel colors. These books mean alot to me and I would love to find them!! I remember reading this book when I was a kid. I remember the pictures being very colorful, with somewhat thick black outlines; they resembled stained glass.

In the first story, the nightingale gets a thorn stuck in her foot, and asks a barber for help. The barber won't help her, for some reason I think that he may have said that he was too busy, but I'm not sure , and the nightingale, angered by his selfishness, asks the rajah to help her get the better of him, but he won't I remember the rajah being rather large and fat; he had a black mustache and wore a pinkish-purple suit and a turban of the same color.

The nightingale then asks a mouse to nibble a hole in the rajah's belly, but he won't, then she asks a tiger to catch the mouse, but he won't. I don't remember all of what happened next, but she basically asks several other people to help but they won't, and she somehow finally convinces everyone to help her, resulting in such things as the mouse saying, "I will nibble a hole in the rajah's belly", and the rajah agreeing to get back at the barber et al.


The barber begs for mercy, and finally helps the nightingale get the thorn out of her foot. The second story I regrettably only have a vague memory of, but the nightingale was I think playing various pranks on the rajah I don't remember the reason why, but he might have given her trouble earlier , such as tricking a frog into his food, with predictable end results. I remember a picture of the rajah raging over all of the things that kept happening.

Needless to say, things are rectified between the two of them when all is said and done. I'm looking for a children's book my mom used to read to me. It contained short stories and had tools to learn how to count.

The book was light purple and was probably 12" x 9" in size. I remember the counting activity used different things to help memorization also. I remember one number had fish another was drums and there were kings. All the things had names. Example for the fish is: Fishy, dishy, pishy and squishy.

The drums were something like: drum little, tum little. The kings were: kingy, clingy, ringy, dingy One of the short stories was about lightening bugs. There was also a short story about Lady Bugs. I was born in and I remember my mom reading it when I was in kindergarten that would have been in "86". Please help! I have searched forever and can't find this book anywhere. Im looking for a book I was given when I was in primary school, this would have been roughly What I remember of the book was a teddy bear was abandoned at a dump. He was found by a little girl one night who took him to her grannies and she fixed him up.

The story continues with the teddy finding a number of new homes, one of these being with a large family. A bit I remember was of one of the young boys on the family having a competition with one of his friends to see who could urinate the highest up a wall. The teddy is left alone in a room with other toys when the family go on holiday to I think the seaside.

Another bit I can roughly remember is the bear in some kind of shop where he is left on a high shelf, doubtful that he'll ever find a new owner. I could be completely off with that.

Hope someone can help. Someone turns up at a small village perhaps in Switzerland? Or should I say non-evangelical fundamentalist Christian, which is its own thing. This was written during a time when there was a big anti-Catholic push in the fundamentalist community. The pope was the antichrist and spreading the word of Satan.

Anything not part of foot-washing baptist dogma was suspect, which is why you have doom peddlers like the author lumping Buddhism, Judaism, Wicca, Satanism, and Hinduism into the same evil lump. I suppose, though, from his perspective it is. The author does make some good points about parenting. Rather, he parrots some good points. Much of the useful information here is cited from other sources, which I will give him credit for. He has done research and does not plagiarize. Though much of what he has to say is common sense.

Pay attention to what your kids are watching on television, limit the amount they watch each day, make sure they are eating healthy. Howver, as most of the toy lines he mentions here Rainbow Bright, He-Man, Crystar, etc are dead franchises, which tends to lessen the impact of his message.


He saves special venom for Masters of the Universe and Dungeons and Dragons. Apart from the supposed occult angle, was use of cartoons to push toys. 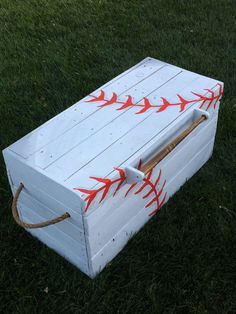 This was a hot button issue at the time, and He-Man was the first cartoon and toy line to be produced simultaneously. After their massive success, nearly all new toys and cartoon followed the same pattern. He rails against this as a brainwashing of children to be mindless consumer drones, and so on.

The occult angle is specious. This offended our author even though the character is clearly the series main villain. He-Man is the most powerful man in the universe, when that should be "Je-Sus".